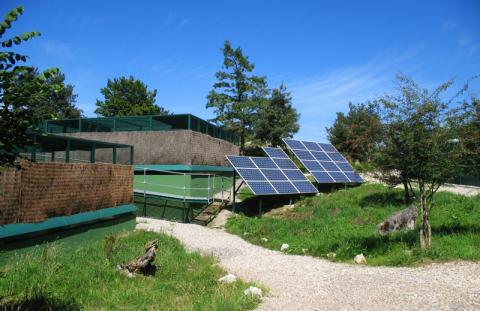 The Cantabrian capercaillie is currently distributed in an area less than 2000 km2 in the Cantabrian Mountains and the population shows a steady decline in recent decades. In the last 15 years, the estimated number of males in singing sites has fallen by over 60% and recent data estimate a total adult population of 500 individuals.

The actions taken have been as fundamental objectives of habitat restoration and enhancement, promoting regeneration of bilberry (Vaccinum myrtillus) and holly (Ilex aquifolium) as key species for the Cantabrian capercaillie, reforestation of corridors of communication to ensure connectivity between villages, and signaling infrastructure and correcting dangerous for the subspecies.

On the other hand, in 2007 the first Breeding Center and  Grouse Genetics Reserve was built, in the municipality of Sobrescobio (Redes Natural Park, Asturias), with the aim of establishing a captive breeding program and the creation of a gene pool of the subspecies, following the guidelines of the Working Group of the Cantabrian Capercaillie Committee of Fauna and Flora. In parallel, we undertook several scientific and technical studies on the population status of the species, their biology and the possible factors that are affecting their decline and alteration of their habitat.

At the level of scientific exchange, awareness and dissemination, in recent years there have been numerous technical conferences and seminars, focusing in particular on forest management and habitat in the definition of ex situ conservation program of the subspecies, as well as communication to society of the value of the species and its problems.