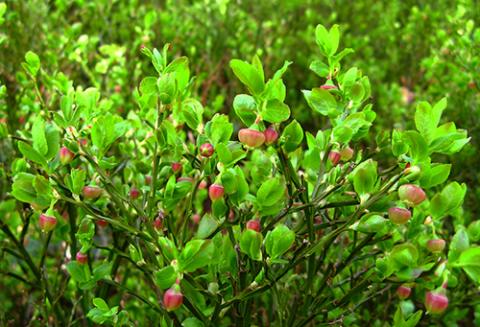 The decline of Cantabrian capercaillie population is due to a combination of global factors (climate change could be responsible for the declining population of capercaillie in Europe), regional (affecting the Cantabrian mountain range, limit of its range ) and local (high presence of competitors and predators). All the threats are closely linked to each other and have an additive effect.

Loss of habitat quality. Related to the abandonment of rural and traditional uses, which has favored the transformation of the forest environment. The evolution of vegetation cover has had negative effects on the pervasiveness of habitat and fruiting of key species for food.

Habitat fragmentation reveals a variable factor in the decline of Cantabrian capercaillie population. As the habitat is more fragmented, the grouse need to increase their life domains to meet their habitat, thereby increasing travel between fragments. In fact, the most important aspect of forest fragmentation associated with increased forest edges, is its indirect effect on predators and ungulates competitors.

Population fragmentation and isolation of individuals. Currently, the range of the Cantabrian capercaillie is located in mountainous areas of the Cantabrian mountain range, in Galicia, Cantabria, Asturias and Castilla y Leon. The population decline has been more relevant in the peripheral and the central range. Given the fragmented area of ​​occupancy may be considered that the population consists of two main cores, separated by a large area with low population and confined to the northern slopes of the mountains:

Predation. Predation and copies put in their early life seems to have increased in recent decades due to habitat alteration and, consequently, increased populations of predators in their range. The high rate of predation is related to forest fragmentation, because predators are more effective in a fragmented forest than in a continuous forest.

Unnatural causes of death. The presence in the area of ​​the Cantabrian capercaillie distribution of dangerous structures, such as power lines, fences and hedges, is a major threat to the subspecies, sometimes causing death by electrocution or collision.

Loss of traditional uses and links with the territory. Traditional ranching set the current landscape of the Cantabrian mountain range. The abandonment of rural areas and, consequently, the traditional farming system, has led to changes in habitat, such as the spread of scrub, which is a factor of threat to the subspecies.